The world of health and fitness is often a place of contradiction and commonly believed ‘conventional wisdom’ that’s misunderstood or just plain wrong!

In this artice, we bring some clarity to some of the most common fitness myths today… 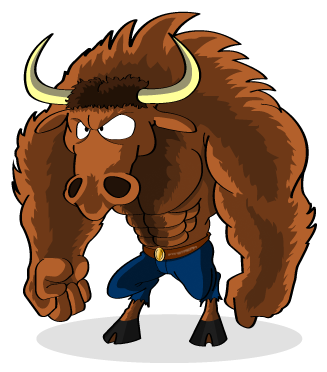 Exercising a certain body part will burn fat in that area

This is known as spot reduction, and it’s a myth. You can’t target exactly where you lose fat.

One of the more common symptoms of this myth is people performing endless sit-ups in order to melt belly fat which is a bit like chipping away at a block of concrete with a fork.

Fat loss just doesn’t work that way and there are much more effective exercises for losing weight.

Instead, fat loss takes place on your overall body, not in certain areas, and is dictated by your genes.

You will get too big and bulky from lifting weights

This one also isn't true and goes for both men and women (especially women as they have very low testosterone).

You won’t get huge muscles through average, recreational weight training. This would take years of dedicated and focused work. Instead, through an effectively applied weight training routine you're likely to become stronger, healthier, and see slow, gradual increases in muscle mass.

The bulky bodies with incredibly low body fat that you’re probably picturing are the result of years of progressive weight training, strict dieting, and most likely steroid use.

Many bodyweight exercises are superb body building movements, such as pull-ups and dips. Intelligently designed bodyweight programs will build muscle, just not as quickly as a targeted, progressive weight training routine.

Just check out the physiques of gymnasts and those dedicated to street workout and calisthenics for some great examples of the kinds of physiques that can be built through bodyweight work.

Your metabolism is very different compared to most

With the exception of very rare cases, there’s only around 200-300 calories variation in resting metabolism between people.

Where there is a great deal of variation between individuals is in the;

Free weight training, with good form, using a weight that you can handle is safer and more effective than machine-based training. Weight machines often have a fixed path of motion whereas free weights are entirely under your control.

This allows you to ensure the movement tracks more naturally and doesn’t force you into any unnatural movement patterns.

Use this exercise to give you abs and burn stomach fat

Having visible abs is mostly to do with the amount of body fat you’re carrying and less about what exercises you’re performing.

This is why it’s commonly said that “abs are made in the kitchen and not the gym” as it’s diet that is the crucial factor in body fat.

It doesn’t matter how strong and big your abdominal muscles are, if they’re covered in layer upon layer of body fat, no one will ever see them, and because spot reduction is a myth (see "Exercising a certain body part will burn fat in that area" myth above), endless sit-ups won’t help you shift that belly fat.

What you really need to do to have those abs on display is to follow a targeted routine combining both diet and exercise to help lower your body fat. The abs usually start to appear around the 12% mark (although this varies from person-to-person).

High reps and light weights will get you toned

What most people mean when they say that they want to be toned is to have better muscle definition, which essentially means, more muscle mass and a low enough body fat for the muscle to be on show.

Training with high reps and lighter weights will not be an effective way of accomplishing these two things, but would be better suited to building muscular endurance.

Our guide to repetition ranges is a good read to help you understand how training at different reps can be used to achieve your goal, but to build size and definition you’d be better served training with heavier weights in the 10-15 range.

To build muscle, you must train every day

Muscle growth takes place outside the gym and you don’t need to train every single day.

Pick a tried-and-tested weight training routine that’s in line with your goals and stick to it. Most muscle building routines will have you training with intensity 3 - 4 times per week.

The more you sweat, the more fat you’re losing

Sweating has nothing to do with workout intensity or effectiveness. It’s just the body’s way of dealing with overheating. Body fat is oxidised inside the body and this isn’t affected by sweating.

Now that we’ve cleared those common fitness myths up it’s time to read our getting started guide to health and fitness and start training effectively.